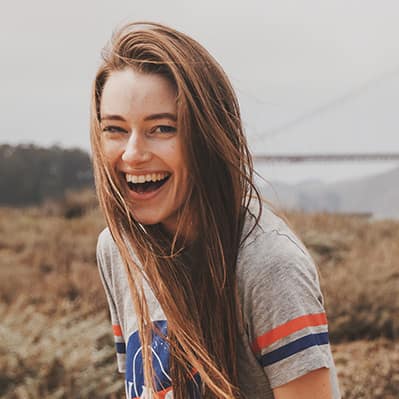 Feeling those winter blues this month? With the icy weather and long dark nights, sometimes a little pick-me-up is called for at this time of year.

And with the UK experiencing fair amounts of snow over the past couple of weeks, what better way to bring out a smile than some winter-loving pups?

We’ve taken a dive into some of the funniest, cutest, and most heart-warming dogs experiencing snow recently to beat the blues. Here are our favourites!

Tiptoes in the Snow

Although this little poodle was brave enough to venture outside into the snow, she wasn’t particularly keen on getting her paws wet. It seemed she decided that two wet feet was better than four, so she flipped herself up into a perfect handstand and skillfully whizzed across the garden on just her front legs. And it’s pretty impressive!

Some viewers were skeptical and said that she must have been trained to walk in such a way, but owner Liz assured them that the acrobatic pup is not the best listener when it comes to learning tricks, and that her special “snow walk” is purely a reaction to the wet ground.

Some dogs have no fear at all!

Despite being a breed from a country known for its blazing sun, this Australian Shepherd couldn’t WAIT to launch himself into several feet of snow. That is, until he actually disappeared underneath it and decided that maybe heading back to the house was a better option.

Golden Retrievers vs wall of snow

What would you do if you opened your door to a wall of snow? Probably just close it again and stay inside.

But these two goldies were DESPERATE to get out into the fresh air, and after a bit of deliberation decided to head straight into the white wall and take a “swim” through the snow.

How much snow is too much? Apparently for a husky, there’s no limit!

Is there ever too much snow for a husky? 😂 #snow #fyp #foryou #foryoupage #husky #dogs #snowstorm #funny #magic

These canine pals couldn’t wait to dive right into the snowy mountain outside their back door. Perfect weather for a team of sled dogs.

Bouncing through the snow

Experiencing snow for the first time can be confusing to a dog, but it can be exciting too!

This Shiba Inu named Melly was definitely a little perplexed at first, but soon realised that bouncing through the snow was a whole lot of fun. Her little hops are the cutest thing you’ll see this week!

When it’s cold outside, sometimes all you want to do is stay inside and curl up under a blanket.

It’s hard to turn down a face like that…but no. #dog #fyp #winter #goldenretrieverlife

But definitely not a fair-weather dog, this Golden Retriever had no interest in staying warm and got his ball out ready for a game outside, despite the fact it was dark and snowing heavily. He even gave his best puppy dogs eyes to try and convince his owner to come and join him. How could you turn down that face?!

Moving from the desert to North East USA, this dog definitely did not expect to see a cold white blanket when his owner opened the back door to his first ever snowfall.

One look was all it took to decide that snow was not for him and he headed straight back into the warm. Back to the sunshine please.

This pup, on the other hand, clearly LOVES the snow – bounding through it he almost looks like he’s smiling!

Bear the Golden Retriever lives in Vermont where the weather can get pretty chilly, which clearly he doesn’t mind at all! But it probably helps that he’s got a snuggly bunny pal to warm him up once he’s home.

Two feet of snow was no match for these two Heelers.

Not prepared to wait until the ground had been shovelled, they launched themselves down the stairs and into the deep snowy blanket outside.

If you came across this sight while out walking in the park, you might be a little alarmed!

Ruby the Black Labrador absolutely LOVES the snow and is more than happy to tunnel right underneath it like a mole, much to the amusement of her family!