What to do if my dog eats chocolate 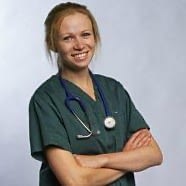 Dr Joanna De Klerk graduated from the Royal Veterinary College in 2014 and today works as a mixed species veterinarian. She was featured in BBC 2’s The Young Vets and is the author of several books, including Tales from a Young Vet and Tales from a Wild Vet. 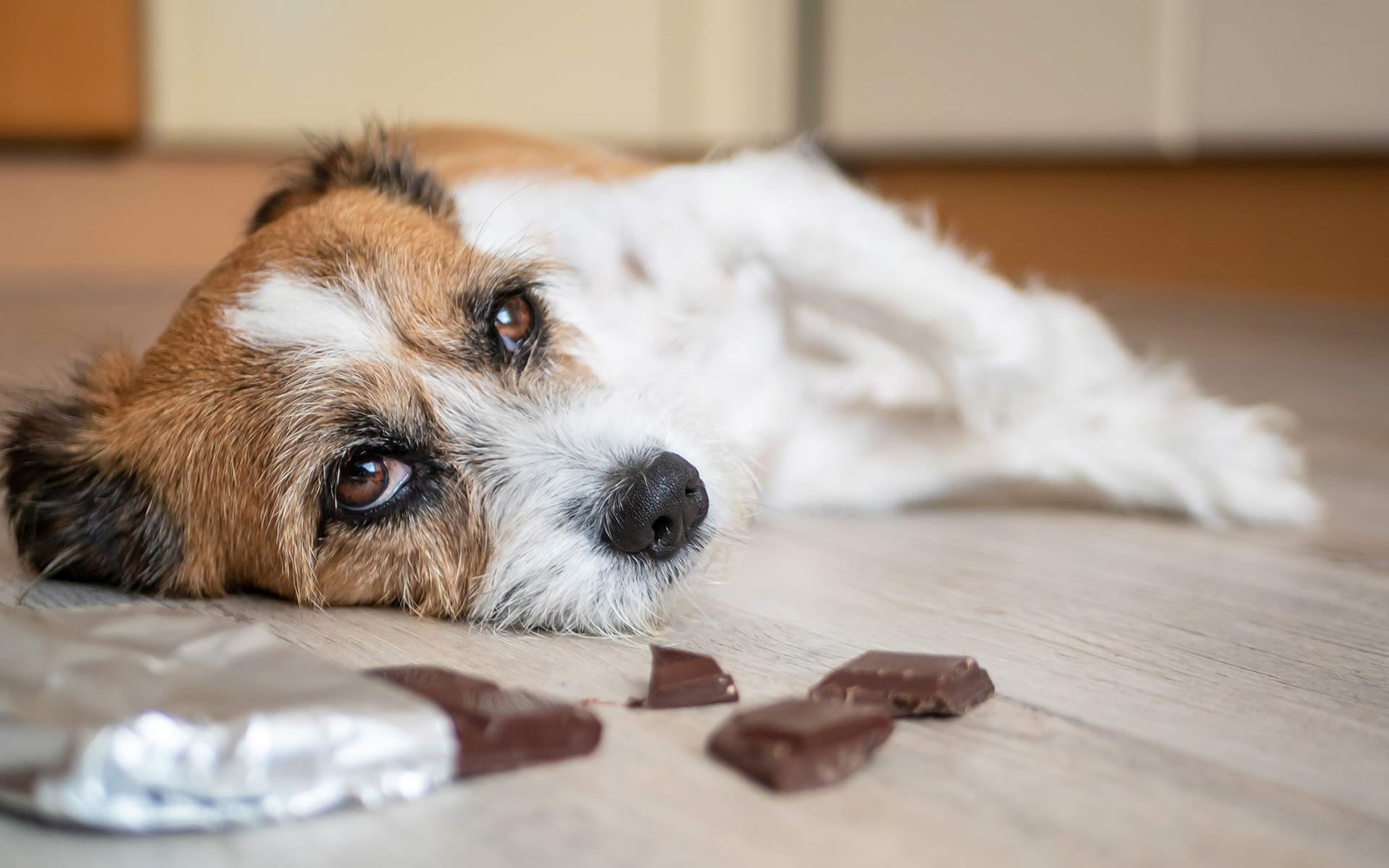 Sometimes all you need at the end of a hard day is a delicious slab of chocolate or a generous slice of chocolate cake. But if you’re not careful, your dog might think they deserve a taste of your sweet treat too!

When it comes to sharing your delights with your furry friend, chocolate is certainly one ingredient you should stay well clear of. Sometimes, even the most diligent of owners can find themselves in a situation where their dog has helped themselves to some chocolatey goodness.

The bottom line is, if you think your pooch has consumed some chocolate, you’ll want to give your vet a call right away to determine how serious the situation is.

Key facts about dogs and chocolate

Is chocolate toxic to dogs?

Chocolate contains two components which can cause illness in dogs: theobromine and caffeine. Caffeine is like a milder cousin of theobromine, and both components have similar effects on the body.

The main issue is that dogs cannot metabolise theobromine, meaning they struggle to remove it from their system. As a result, it begins wreaking havoc in the body’s nervous system, heart, guts and kidneys. It also increases the heart rate, while dilating blood vessels, resulting in circulatory disturbances.

How much is too much chocolate for a dog?

We all know that one family member or friend who swears that chocolate has no effect on dogs, after a lifetime of sharing their chocolate eclairs with their pooch. So, you might be wondering how much is too much chocolate when it comes to chocolate poisoning, as clearly small amounts have little effect?

Well, to answer that question, first you have to know what type of chocolate your dog has eaten. Not all chocolate contains the same amount of theobromine, and darker or purer varieties of chocolate have much higher amounts than milk or white chocolate. Don’t forget, cocoa powder is also extremely high in theobromine gram for gram, and so your chocolate baked goodies are also going to cause some concern if your dog takes a bite.

As a general guideline, the toxic dose of theobromine starts at 20 mg per kilogram of bodyweight, and causes severe symptoms, including seizures and heart problems, between 40 and 60 mg/kg. To put that into perspective, a medium-sized dog that has gobbled down a large milk chocolate bar is likely to have an upset stomach, but a smaller breed dog that ate the same amount is more likely to develop heart problems and seizures.

If you are unsure whether your dog has eaten a dangerous amount of chocolate, this chocolate toxicity calculator is a valuable tool to calculate the risks.

What are the symptoms of chocolate poisoning in dogs?

Most symptoms associated with chocolate poisoning only start six to 12 hours after the incident. Preventing the symptoms is much more preferable to treating them, so seeking veterinary help early is key. Chocolate poisoning symptoms may include the following:

Symptoms can last up to three days, and can be particularly concerning for elderly dogs and those with underlying heart conditions.

What to do if your dog eats chocolate

Firstly, try to keep calm. Stressing your dog out by panicking is not going to help the situation.

If your dog is still munching away on the chocolate, start by taking the remaining amount away. The less he eats the better!

Even if your dog is acting normally, it’s important to get in touch with your local vet. They will be able to give you advice, such as whether they need to see your dog or not. They will want to know what type of chocolate your dog has eaten, approximately the weight of the chocolate consumed, how much your dog weighs, and whether they have any underlying health conditions or are taking medications.

From this information, they will be able to advise you whether you need to bring your pup into the clinic. If they deem your dog to have over-indulged, your vet is likely to start by performing a full health examination, paying particular attention to the presence of any heart abnormalities.

The next step they might take is to decontaminate your dog’s stomach. Time is of the essence as this can only be done if your dog ate the chocolate within the last couple of hours. The vet will give an injection, which will induce vomiting within ten minutes or so. The more chocolate that can be removed from the body this way, the less likely severe symptoms will ensue.

After your dog has finished emptying his stomach, your vet may administer activated charcoal. This helps absorb toxins from the gastrointestinal tract, and pass them out in the stools and so prevent them from being absorbed into the bloodstream.

Finally, your pooch may need veterinary monitoring and attention, such as intravenous fluid therapy to flush out his system, and medication to prevent seizures and further gastrointestinal disturbances. The good news is this intensive care usually lasts only a day or two before your pup can be discharged.

Preventing chocolate poisoning in the future

Naturally, preventing your furry friend from eating chocolate is far preferable, as not only will this prevent ill-health, but also prevent a big emergency vet bill.

Here are a few tips to help prevent chocolate poisoning in the future:

Chocolate is irresistible, even to our furry friends. While some dogs may get off lucky if they’ve only consumed a small amount, any chocolate consumption should be treated as an emergency, and seeking veterinary care sooner rather than later will ensure your dog does not come off worse for wear.