Homepage Health and wellbeing Why is my dog coughing?

Why is my dog coughing? 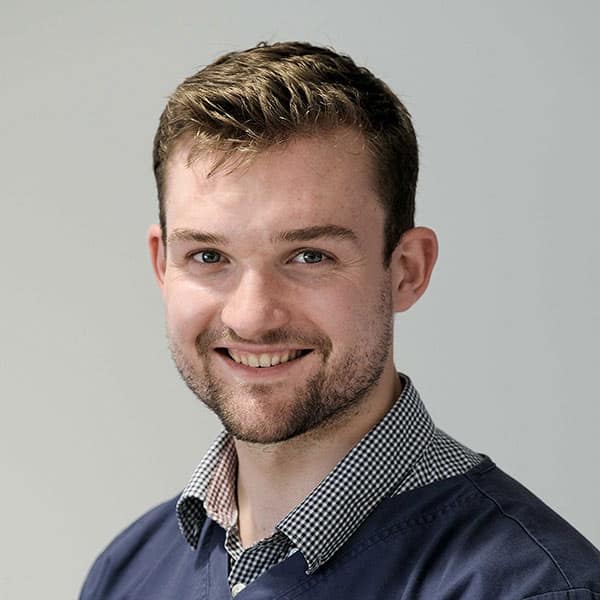 Dr Alex Crow is an RCVS licensed Veterinary Surgeon who has a special interest in neurology and soft tissue surgery. He is passionate about educating pet parents so they can better care for their pets. The occasional cough here and there is normal for your dog; much like us they will sometimes need to clear their throat. However, if your dog has started coughing more frequently, or if the sound of the cough has become harsher, then there may be an underlying cause.

Vets define a cough as the sudden expulsion of air through the large airways of the lungs, often bringing up mucus and other irritants that might have accumulated. In dogs a cough is always involuntary and has a range of possible causes from small particles irritating the wall of the airways to compression or even blockage of the airways and some causes are more serious than others. A cough may also be worse in winter months, due to the colder weather.

A cough can develop suddenly or might have gradually become worse over a longer period of time. The sound of a cough can be subtle or can be very loud and hacking in nature. The characteristics of the cough and the timing of its appearance might give some clues as to the underlying cause. In any event, a persistent cough should never be left ignored as it may be indicative of a more serious underlying illness.

Here are some common causes of coughing in dogs, along with what to look out for, and some advice on what to do.

Kennel cough, or infectious airway disease, is a common reason why your dog may have developed a cough, especially if they have been nose-to-nose with other dogs or recently spent some time in doggy day care.

Kennel cough results in inflammation and irritation of the airways, which your dog tries to suppress by coughing. More common in younger animals, kennel cough is infectious, being caused by a mixture of viruses and bacteria that can spread between animals in close contact.

Kennel cough will often produce a distinctive dry, hacking cough sometimes followed by a period of retching as your dog tries to bring up phlegm that accumulates. Most dogs with kennel cough will be completely fine in themselves, but if you are concerned then book to see your local vet immediately.

Kennel cough will often resolve on its own after two to three weeks, but anti-inflammatory medication and cough suppressants prescribed by your vet can help speed up the recovery process – good news if the loud cough is keeping you awake at night! However, kennel cough can predispose your dog to secondary infections leading to pneumonia. If your dog becomes lethargic, feels hot to the touch or has any yellow discharge from their nose or mouth then they may need antibiotics.

There is also a vaccine that your dog can have to help prevent kennel cough. Unlike the usual annual booster jabs your dog may have, this vaccine is administered as a squirt up the nose to provide local immunity to the airways. It is important to know that this vaccine is not 100% protective however, so while it does reduce your dog’s chances of getting kennel cough, there is still a small possibility they could get the disease.

Tracheal collapse, as the name implies, is a condition that causes the large windpipe to become less rigid and collapse in on itself, causing partial or complete obstruction of the airway.

More commonly seen in small and toy breeds such as Chihuahuas, Pomeranians, Yorkshire Terriers, and Shih Tzus, tracheal collapse often results in a loud, deep cough that sounds like a goose honking. The exact cause of tracheal collapse is unknown, but it’s thought that some dogs might have a genetic predisposition to the disease.

Obstruction of the airways due to collapse can result in reduced airflow into the lungs. Often dogs will show signs of laboured breathing and be unwilling to exercise. X-rays might help in diagnosing tracheal collapse but sometimes your dog may need more advanced investigation to diagnose the condition.

Tracheal collapse cannot be completely cured but steroids, cough suppressants, and drugs to help open the airways can help keep the symptoms under control. Using a harness instead of a collar will also help prevent excessive pressure on the windpipe. Be sure to keep your dog in good shape as excessive fat deposition around the neck will further compress the trachea.

Dogs with congestive heart failure can cough due to fluid build-up on the lungs. The heart usually keeps blood moving around the body but when diseased the heart becomes inefficient at this, resulting in fluid pooling into the airspaces in the lungs. Your dog will then cough to try and bring up some of this fluid.

Dogs with heart disease will often cough more at night when they are lying on their side. Other signs to look out for include lethargy, difficulty breathing, and exercise intolerance. If this sounds like your dog, you should see your vet as soon as possible. Chest x-rays and an ultrasound of the heart can help diagnose heart disease and if caught early many dogs will show a good response to medication.

Lungworms are small parasites which, despite the name, live in the chambers of your dog’s heart. They get their name from the lung-related symptoms that dogs with this disease will show, such as coughing, wheezing, and lethargy.

Dogs can get lungworm from eating the infectious larvae found in the slimy coating of slugs and snails, so if your dog likes sniffing around these small molluscs then they could be at risk. While you can’t always stop your dog from encountering the infectious lungworm larvae, regular worming treatment will kill any of these parasites that might have taken up residence within your dog. Most dogs can be given worming treatment every three months to kill parasites such as lungworm, but if your dog is particularly at risk then they may need treatment more often. Consult your vet to work out the best routine for your canine friend.

More prevalent in middle-aged to older dogs, chronic bronchitis refers to inflammation and irritation of the smaller airways within your dog’s lungs. This results in excessive mucus build-up and often a cough as your dog tries to clear these secretions.

Chronic bronchitis often affects smaller breeds of dog and usually results in a cough that has gradually gets worse over an extended period of time.

Chest x-rays and ruling out other causes of coughing can help diagnose chronic bronchitis and the symptoms can usually be controlled with steroids to reduce the inflammation and bronchodilators to widen the airways.

There are many causes of coughing in dogs and this is only a list of the most common. If your dog’s symptoms seem to fit with any of the above, or if you are otherwise concerned, then get in contact with your vet immediately.